A Journey Through Destiny A.K.A Call Of Haloborderdutylands

So here we have Destiny, the latest shooter to be created by Bungie and published by evil overlords Activision. With a massive budget behind it and plans to support it for years to come, these guys have bet everything but the kitchen sink on the presumed success of Destiny, and has it paid off?

The game clearly has elements of call of duty, borderlands and of course Halo hence the posts title, while this is not a bad thing in itself but you can’t help seeing glaring parts of each game mashed together, such as the special abilities/powers from borderlands and Similarities of the enemies of Destiny to Halo, for example the Fallen Vandals are Elites and the Dregs could conceivably be Grunts. Now I think we can all agree…. Or mostly agree that Halo was a fun game and that using the lessons learnt from its development is not a bad thing right? 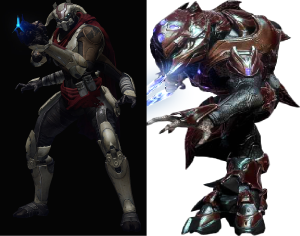 I have to object to the possibility that this feels like a re-skinned Halo mash-up, granted an extremely beautiful mash-up but it feels lazy and uninspired. This is made worse by the barely fucking their “story” of which you initially get the impression you’ve been dumped in a universe surrounded by darkness and danger, then it quickly descends into you must find this magical thing, then go to this place and find the other magical thing etc etc.

Then, before you know it you’ve found “The Heart Of Darkness” which controls a nasty race of machines (from the Terminator perhaps..) go blow that up then oop end of game……

The whole process of the misleading start of the story campaign to the ending credits takes 4-6 fucking hours! For something billed as an MMORPG as well as a shooter this is absolutely inexcusable and at full damn price too, upwards of 80 odd pounds for the stupid limited edition its daylight robbery. You’re essentially paying for what the game might turn out to be rather than the game in its current state, case in point we initially get hyped because apparently we can do battle across the solar system in an epic quest to… yadeyada, turns out there are only 2 fucking planets (Mars and Venus) and the moon to do stuff on, I don’t count earth as that is where you start and who wants to explore earth when you’re promised an adventure across space, shooting aliens and other creatures in the face? 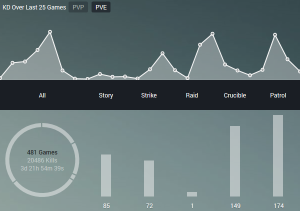 (Not bad for a game I’ve been bitching about!)

The endgame content is a complete shambles in my opinion also, essentially its do missions with increasing difficulty and co-op plus multiplayer in the form of deathmatches and other modes which you could compete in during the story anyway, rinse and repeat a hundred hyper-billion times and you have what the game considers a good way of holding your attention until the over priced DLC comes out.

So after all my bitching and complaining do I still have the game and am I still playing? Yes….. In fact nearly max level and still playing it somewhat, this is where I think Activision have stepped in with their experience of the call of duty franchise, they’ve perfected the art of creating “digital crack” You don’t feel any great sense of pleasure or fun from playing the game, but you feel compelled to keep playing in the hope of getting better armour and weapons, that carrot constantly gets dangled in front of you, oh do you want the shiny exotic equipment?! Well then you’d better keep playing for the chance to find some!

After all that what did I like about the game? The action is competently done, the graphics are stunning and co-op play is always fun but these features are so “safe” that there actually extremely boring to talk about, hence the tiny time given to them by yours truly.

Oh and one more thing, the voice acting sucks, if you’re going to get big name actors in to do voice overs, make sure they can VOICE-ACT because peter dinklage is awful and bill nighy sounds half asleep and disinterested in his role that it begs the question why should I care about the story if he isn’t even trying?

the game will make you feel dirty for playing it, but you’ll keep coming back for more….

just, try and get it on the cheap.