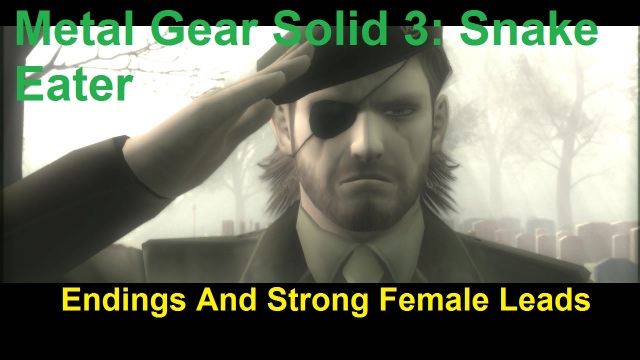 While taking a break from WoW (suffered a bit of burn out) I rediscovered the wonder of the metal gear solid games, in this instance it was the HD editions. So I have spent some time going through MGS 2 & 3, or more honestly a quarter of MGS 2, promptly ditching it and focusing on MGS 3. It’s not because I don’t like MGS 2, far from it I enjoy it a lot, but as I was only doing a casual play through this time around I had (for my newgame+) put it on hard difficulty, which wasn’t the best idea for someone who hasn’t played the game in years and is completely out of practice. I did make it to the fatman boss but I got really stuck so that’s when I gave up and moved on to snake eater.

Having learnt my lesson I promptly started a new game + file on easy, yep im a wuss! That way at least I could enjoy the story and the atmosphere rather than having to put any real effort in on the harder settings. Well, and to collect the camos id missed for an achievement, the achievement tick never goes away!

The game is of course fantastic, it is probably my favourite one out of the whole series, it plays itself out a lot like a James Bond film which gave it an identity that was unique compared with the previous entries present time, moody, slightly grey offerings. It was also the entry where we got to know the Boss and how he came to BE the Boss etc, but my absolute favourite part about the story is his relationship with the previous Big Boss (essentially your mentor, mother, friend etc) who you have to kill as part of your mission to save the world, this all comes to a conclusion at the ending (obviously enough!) and this is the pay off we have been building too throughout the entire and game, and does it deliver? 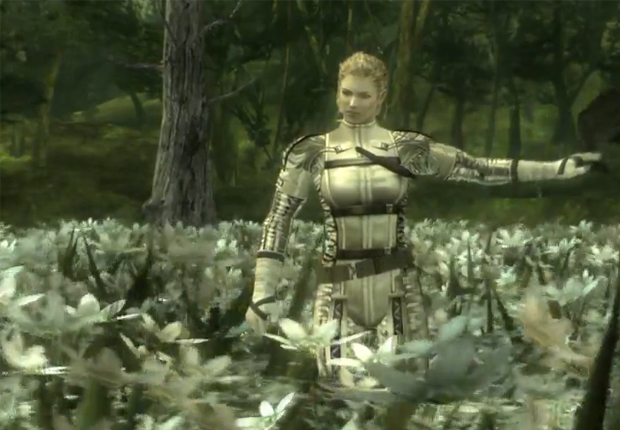 You bet it does.

Your final act of the game is the encounter with the Boss, in a meadow of white flowers with the wind blowing gently, for PS2 era graphics it is especially beautiful. But what really gets me about the ending is how they’ve made a strong female character, who doesn’t wear skimpy shorts and a nano-metre of fabric to cover up there tits. Granted there is a moment where she half rips her top to show a scar down her torso which offers a pretty big glimpse of her boobs, but since the point of the motion was to show off the scar, I can possibly give them a pass on that one.

Aside from that She is, incredibly strong with an iron will and an incredibly sense of honour and duty, qualities that you would normally only find in male characters, especially in the games industry. She does all that without being sexual at all, nothing suggestive, nothing sexual, it’s all by the strength of her character rather than her lady bits. Which was great, a believable strong female lead, that is so rare as far as I can recall.

I have to mention the character EVA by the way, she is the sexual interest for snake, I don’t have a problem with that in so much as that’s all she is. As a spy she uses her feminine wiles to get what she wants, she even states that during a mission “I can fall in love if I have to” im ad-libbing a little bit but that’s what she does and she doesn’t hide it. Sometimes it does go over the top and gets somewhat stupid, but then again she isn’t the boss. EVA especially during the ending is the polar opposite of the boss (In my opinion) as she essentially bones you then stabs you in the back by taking something very politically sensitive and high tails it into the night.

The boss sticks it out because its her duty, and it’s because of that, that makes the ending monologue by EVA all the more poignant and emotional, im not ashamed to admit it made me tear up re-watching it. After all you go through during the story and the attachments your form with the characters in the game, it adds that final stamp of brilliance because she talks about how The Boss fulfilled her duty, no matter what because she is a patriot, someone who despite doing everything asked of her by her government, she will forever be remembered as a war criminal.

She was discarded by her people at a moments notice, she knew they wanted her dead, and she faced it because she must.

It’s that sheer betrayal that changes snake (who after killing the big boss, is awarded the title of “Boss”) and to keep her spirit alive through his actions,