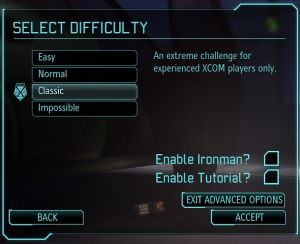 We’ve all been through this in our gaming lives, playing and beating games on the hardest difficulty settings for a challenge, for the kudos that you did something you know not many people have, achievements if you’re an achievement whore like myself or for any other reason you can think of as there so varied, plus there is no wrong answer.

We all do it for our own reasons, but there are times where doing this brings us to the brink of gamer rage, symptoms, sweaty palms, increased 100 fold swearing, gripping the controller so tight you could legitimately snap it in half etc. Of course those symptoms are usually in the worst cases, although in the case of the massive increase in swearing can be seen in even the most mild of cases. But despite all that, you don’t see a calling for games to be easier or for them to scrap hard difficulties as a thing of the past, in fact its something that people still want and complain when the lack of hard mode is implemented (Or in the case of metro last light where you have to pay to unlock the hardest difficulty setting, which is complete bullshit its like monetizing the multiplayer you just don’t do that, unless its cosmetic non-essential micro transactions.)

One of the games that can send me into a pit of despair, childlike tantrums and curling up into a ball and whimpering was the veteran difficulty on Call of Duty, but which one you might ask? Well it was World At War, the last CoD game to be set in World War 2. The game was pretty good, your standard CoD affair but in a WW2 skin but what really seared that fucking game into my brain was its veteran difficulty. 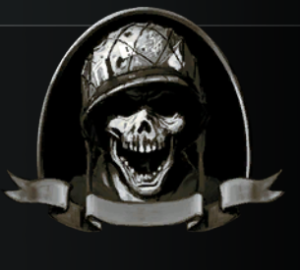 Y’see each CoD game’s Veteran setting differed slightly, some would be do-able while others would be excruciating tests of patience and your willingness to do kamikaze runs into each bit of cover. (As the moment you stick a nano-metre of flesh into the open, all the enemies react within milliseconds with pinpoint accuracy, so if you mess up even a tiny bit you just drop down dead, it’s incredibly unforgiving.

World At Wars gimmick was to have the enemies throw an absolute fuck ton of grenades at you. I’m not even joking the amount of grenades that get thrown at you is ridiculous, when the enemies all have bionic cyber vision and precision accuracy, being forced out of cover by a shit load of grenades is absolutely hair wrenchingly frustrating. This is a good example of the A.I. Cheating, some might say this is meant to be a realistic-ish depiction of war it’s not meant to be fair! And to that I say bullshit because it’s still a game! Your meant to have fun, to enjoy yourself, and having to deal with this blatant cheating that you can do absolutely nothing about is not fun, unless your some sort of masochist.

Even just thinking about it is bringing me out in a cold sweat.

At the very least they could have re-named it impossible or quite simply “Fuck You”. That’s why I don’t mind too much about X-Com and how hard that gets as it doesn’t leave you with any doubt that it is going to be tough.

Come back next time and watch me back track on those words! As im going to be playing some X-Com today on impossible…. Save me!