Slightly Angry Why Am I Playing This? Two Worlds Two….. Part 1? 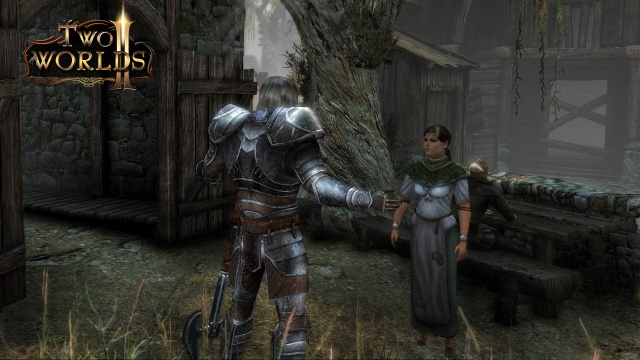 (Welcome to Two Worlds Two, or Tw(a)T as i like to call it)

I was planning to play this game a bit more and give it, more of a chance. But I realised, I don’t want too……

I didn’t type that wrong, the game is actually called Two Worlds Two, the developers really weren’t thinking things through, its like EA with Army Of Two, they at least put a sub-title at the end of it like “Devil Cartel” etc, just imagine how utterly stupid it would have sounded if they had gone with Army Of Two Two…..

So clearly the developers Reality Pump (Incidentally one of my favourite developer names, ever!) Did not expect to get the go ahead for a sequel, otherwise they would have changed the name surely? Although perhaps knowing the bug ridden mess that Two worlds one was, that no sane publisher would agree to fund it? Ok, im getting to hung up on the name so, Two Worlds Two.

I’ve played this all of 20 minutes so far and im really not sure i want to play any more because for one the visuals are ugly as sin. You might say to me but this is from the early years of the Xbox 360, and id say, this was released in 2010! It better have better graphics than a 2008 game ala lost odyssey, which looked great and still does considering its age, but not Tw2 which im sorry to say is ugly as sin. Awkward animation and ugly textures are just the taster of the shit sandwich that is this game. There also happens to be several glitches that I have encountered already, one chiefly being during talky bits you can control your dude while the person you’re facing is talking too. This isn’t the glitch, but the glitch happens where ive seen my self hovering up at least 15 feet in the air while the dude I was talking to is looking at me as if I was still standing there normally.

The menu system is also ugly as soon, akin to old school point and click adventure games than an action RPG. It’s also clunky as fuck and a pain in the arse to use, why did they think this was good design?! That’s what mystified me, was the UI designer on meth when he came up with this shit?! And who ok’d it? They can’t have been in there right mind, or possibly blitzed out of there mind drunk, id buy that as an excuse.

I’ve just figured out a comparable graphical comparison, this game looks similar to The Elder Scrolls Morrowind a game which came out in 2003, 7 years before TwT! And Morrowind at least had the good grace of looking good for its time and actually being fun. TwT doesn’t have that luxury on both counts, yeah im getting hung up on the looks again but when a game looks this bad (remember its only a few years old) it’s really hard to look past. Think of it this way, the graphics are the presentation and no matter what the gameplay elements are, if you havent presented them well then no one is going to want to try it out, or have the slightest confidence in them that they are going to work! The presentation needs to be clear and concise and please the eye, and this tries and fails while shitting itself.

So far the combat is akin to bonking people on the head, it’s so tedious I cant imagine it would be any different with swords. The story admittedly is hilarious, and by that I mean it’s hilariously bad, one of my favourite bits is that during the beginning of the game we get broken out of prison in a castle by orcs who are trying to rescue us, we all congregate in the throne room where an orc mage opens a portal for us to escape through. So the NPC orcs rush through but our guys just stand there gawping and what do you think happens? the mage gets shot and the portal collapses stranding the two gormless fuckwits! They make no fucking effort to disguise this, it just goes “Yep, the thing that you think is going to happen? Its happening.” 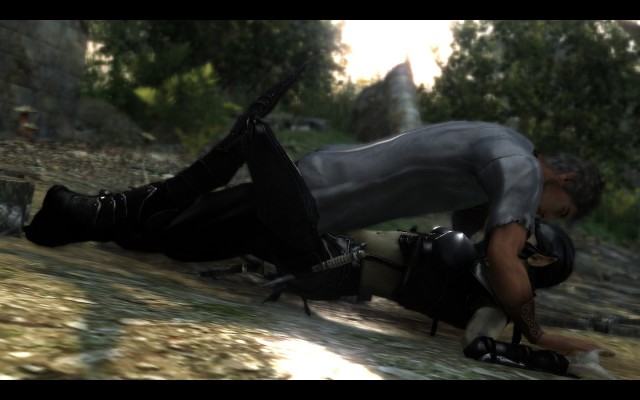 The other moment is when we finally escape through yet another teleporter (don’t you know castles have shit loads of teleporters, transitions worthy of the dead or alive 5 story mode….) our “heroes” and I use the term lightly, are in a forest and start walking when the camera cuts to a bear trap that is clearly visible, completely out in the open…… And the girl orc who is with us steps blindly into it! You stupid moron! And you know what happens next? We leave her….. Ok then whatever game, ill go with it.

I have read this game reviewed quite well back in the day, I can only suspect the reviewers were paid off, the twats. Or perhaps thinking about it they were judging it on how it improved from Two worlds 1, and that was a nigh on broken game so maybe they got giddy with the improvements? Although it’s not hard to improve on shit, remove some of it…. Theres still shit!…… *breathe*

Grrrr….. Y’know what, ive decided I’m going to break this up into several parts as this rant/review is going to be much larger than I had anticipated, and yes im going to put myself through more pain to fully map the utter terribleness this game offers the player….. Wish me luck.

Hope you enjoyed it. Thanks for reading 🙂

This entry was posted in Gaming, Reviews/Retrospective, Why Am I Playing This? and tagged 2, 360, Games, Gaming, glitches, review, rpg, terrible, two, worlds, worst, xbox. Bookmark the permalink.

1 Response to Slightly Angry Why Am I Playing This? Two Worlds Two….. Part 1?