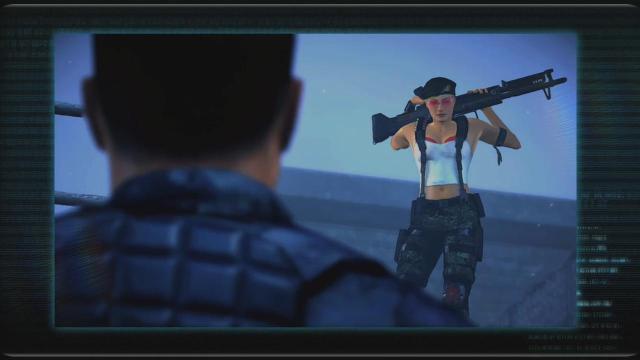 Now as ive written before, Alpha Protocol is somewhat of a guilty pleasure of mine despite its various glitchyness, piss poor graphics and general bugginess, I really enjoy it. Playing a super spy in an RPG has generally been poorly represented in gaming as of late so maybe it was the somewhat fresh idea that pulled me in to begin with, although the game is essentially broken at the point you unlock the stealth perk where you can effectively run about invisible snapping guards necks and not picked up any alarms for it, seriously whoever thought leaving that in would help the balancing of the game seriously had to have been high at the time.

However this is about the romances that you can “acquire.” Now if that sounds sexist I apologise but that really is the correct term because it’s not like mass effect where if you try to romance all the females on the ship one will always find out, and you can either end up losing one of them or all of them and then your doomed to spending nights alone with your right hand.

No Mike Thorton (the main character of Alpha Protocol) is not commander Sheppard, although he seems to have the same talent of attracting them, romance is entirely lost in a game like this. The relationships you develop amount to nothing except empty perks afterwards (which you only get during the end mission). The similarity with mass effect is that the romancing “rewards” lets say get played out just before the end mission starts, and if you have been a naughty boy and have romanced all the ladies available….. Nothing happens no notes are said about it, you effectively line them all up after each cut scene and bone them all without a word of any suspicion that Thorton has been mixing it up with several ladies. So who knows what STD’s he’s carrying. 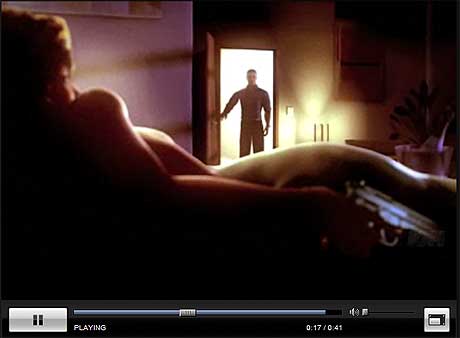 However its important to point out that you don’t have to do this sort of thing, you do have the option of being a total dick to everyone and get everyone to hate you which is utterly hilarious when you pull it off (no pun intended). As you get the dialogue choices of “Suave” which turn Mike into a poor mans James Bond, the aggressive choice where you act like a condescending dick head (which is a fun choice as the other characters in the game act just as dickish) and the by the book professional stance…. Which is dull.

But getting back to it, im not sure how I totally feel about the game essentially using the female support characters as a way of getting extra perks and nothing else, no depth to them no nothing. If you took them out of the game there wouldn’t really be a whole lot of difference to the game, now I don’t mind romance when its done right in fact I think it can add a lot to a story and give it some emotion and atmosphere which this game fails on all fronts to do but in all fairness I don’t think they even bother trying to do that. Perhaps they agreed with the consensus that the story is quite impenetrable to understand so they put a procession of ladies in so you can try to bone them as a distraction in between the missions where you kill a few gangsters here and there, hack a computer etc (rinse and repeat).

Oh before I wrap this up, I have to mention one lets just say fuck/rape scene (its technically rape) where you get taken prisoner and strapped down to a table (you can see where this is going can’t you) and one of your handlers breaks in to spring you loose….. However, not before she “Gets what she wants” and mounts you as your helpless strapped down to the table. Although to be fair Thorton doesn’t exactly try very hard to stop her (although he actually physically can’t do anything) it’s basically the old gambit “No wait stop, Ok I tried” and just letting her get on with it.

(Ok you don’t romance her but the more i think about it, Thorton would if he could the dirty bastard)

So yes its an incredibly shallow game…. And yes I still play it, the last few achievements I need for it are a good excuse to load it up as they require multiple playthroughs, but I can never quite get rid of the feeling that with all its pretensions of being a clever espionage RPG it’s actually spectacularly dumb, and im not sure what that says about me…..

Thanks for reading hope you enjoyed it